Rewards and Risks of Finding a Sugar Daddy on Craigslist

Posted in Sugar Dating • No Comments

One of the most important websites for helping people get in touch with each other, Craigslist is often used by sugar daddies and sugar babies for that purpose. It’s like the modern version of classified ads in the back of newspapers. People use it to find dates, apartments, used cars, apartments and many other items. It covers all major and some smaller metropolitan areas. However, unlike classified ads, it’s entirely free to use. This makes it accessible to everyone, but that’s its weak point. Anyone might be on it. And you don’t want to hook up with just anyone.

It can help you find a good used kitchen table or a DJ gig. How about that special someone to meet your sexual or financial needs? As with anything, using Craigslist to find a sugar daddy or sugar baby has its positive and negative points. 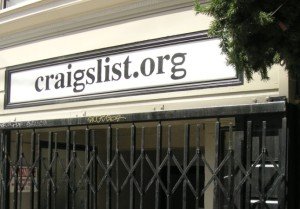 Pros of Using It

Saving money is always a benefit. This is especially true of the sugar babies who are at least partially motivated by the need for addition income. However, some sugar daddy sites do give sugar babies free memberships.

This is especially important for people in smaller towns. In the large metropolitan areas there are large numbers of possibilities. That will not be true in smaller cities. People posting or browsing ads in that edition of Craigslist must stay closeby or travel there enough to make them interested.

Sugar daddies who can afford to help a woman out financially can afford the membership fees at a sugar daddy site. Men found on Craigslist are far more likely to be wannabes, scammers or worse.

In smaller cities there’s a significant chance you’ll run into someone you know, who you can identify just from their picture or even a few scanty details. Maybe the woman is a friend of your daughter’s or the man is a friend of your father’s. On a sugar daddy site it’s easier to avoid such unwanted encounters before you’re exchanging emails.

Many, though not all, sugar daddy sites require men to prove their income. They offer everyone the ability to prove they do not have a criminal history. They cannot guarantee none of their members are psychopaths, but using screening procedures to reduce the odds as much as possible. They also advise their members on how to avoid the many scammers seeking to prey on sugar daddies and sugar babies. There’s been a Craigslist Killer, but so far no sugar daddy website killer. If a man or woman does turn violent on you, you’ll have the website on your side, and they can help the police find him.

Of course, you should still use common sense. Meet the other person in public places at first. Don’t exchange photographs, especially ones you wouldn’t want posted on Facebook, until you know they well. Ask them detailed questions. If they keep their answers shallow and avoid going into depth about their related experiences, that’s a warning sign. Let the conversation get in-depth and personal, even though it lacks identifying details. If they can’t do that, maybe they’re shy, or maybe they’re trying to make up a false persona.

If you post in an open place, you could get emails promoting “safe dating.” For a fee, they claim they’ll do a background check on anybody for you, but they check take your money and run.

Sugar daddies could run into con artists and scammers who bilk them for a lot of money while pretending to be a young woman the daddy has come to care about. If they’re married or have a conservative job, they could be vulnerable to blackmail.

Top Sites to Find a Serious Relationship with Rich Singles

He was the first person to contact me on MM, and our first conversation was about Plato. I knew when I met him that he was the one for me, and while he may not be there quite yet, he disabled his account, and I will do the same after I submit this, since we are taking this next step in our relationship together.

This was my first adventure in dating online, so I have to say being on the right site, at the right time, yields results. And MillionaireMatch is the right site.